For more than 50 years, our policy has been to supply our customers with the highest grade of lumber at a reasonable price. I invite you to stop in and visit us. We would be happy to show you the quality products that separates us from the rest. 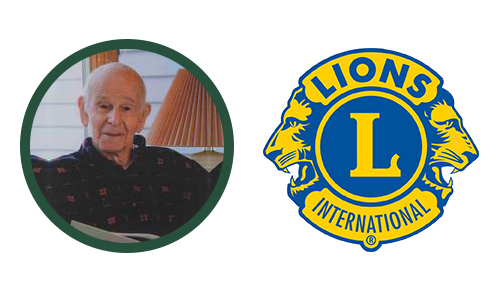 Citizen of the Year

The Atkinson Lions Club is pleased to announce that Martin (Marty) Feuer, pictured, was been chosen as the Atkinson Citizen of the Year for 2014. Marty has been an active member of the community since 1951 having been a firefighter for many years and served on the Timberlane School Board. He was the former owner of Feuer Lumber Company, and has passed the torch (and the business) to his son John Feuer. Marty is a U.S. Army Air Force veteran serving as a Glider Pilot and was shot down September 19, 1944 over Rethy, Belgium, and fought in the Normandy invasion. He has been married to his wife Eleanor, for more than 66 years and will celebrate his 93rd birthday on May 3.